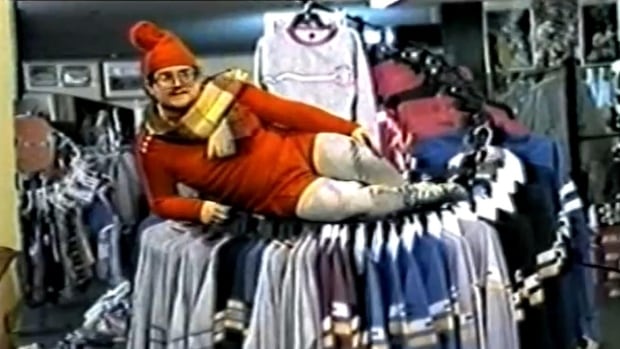 For many people living in northwest British Columbia, this TV commercial jingle of a sporting goods store in Terrace couldn’t sound more familiar and brings back memories of the good old days – and times of laugh out loud thanks to the famous goofy commercials.

But All Seasons Source For Sports, currently located at 4555 Lakelse Ave., will permanently close on Saturday, after half a century in business and more than a decade of listing on the market for sale.

The retailer specializes in equipment for all kinds of sports, such as hockey, basketball, skiing and snowboarding, as well as fitness equipment and apparel. It attracts customers not only locally, but also from neighboring communities such as Prince Rupert, Kitimat and Hazelton.

Owner Bob Park’s retirement announcement on social media on March 1 sparked a wave of nostalgia from customers, including memories of the good services provided by its staff, and the hilarious commercials he played in.

These range from a talking silver coin scaring a customer to a puck trying to avoid a group of hockey players – and many more.

“Your store, your character and your generosity are emblematic of Terrace,” commented local resident Rory Reinbolt. “You are the definition of what a great community booster is…Terrace will miss All Seasons and see your smiling face downtown!”

“Enjoy your retirement, [which is] well-deserved, Hazelton Wolverines hockey team said in a statement.

Park was hired as a clerk at All Seasons when it started in 1972, shortly after leaving Alberta with his parents who ran a golf course and clubhouse in Terrace. He bought the shop at the age of 18 in 1977.

Park spoke to host Sarah Penton on CBC Radio West about his funny commercials, his business and his retirement.

The following transcript has been edited for clarity and length.

How do you feel to still hear and see these advertisements?

You always get a laugh out of them. You always remember trying to stand up in the boat, or the script I threw in the lake because I didn’t like it. It brings back great memories, and we had a lot of fun making them.

You are closing your store this weekend. How are you?

Happy, happy and sad. I am happy because I am moving to a new phase in my life. I’m sad because no one bought the business to continue. I’m just glad it’s coming to an end.

We are talking about 50 years here. What change have you noticed?

I’ve seen companies compete with their own vendors, which is sad. More selling on the Internet, which is the greatest competition regardless of the suppliers. Online retailers sell directly through their warehouses.

Customers walk into the store with phones in hand, scan and check items. Service doesn’t matter as much as price. It was a very big change in that way.

What kind of response have you received from people since you announced that the store was going to close?

I’m not the type of person to think I get praised for anything, and I was just blown away. It all triggered a whole slew of emotions and also revitalized the connections I’ve had since the 70s. People are praising me.

It was beautiful, but a bit overwhelming and very humbling. I feel really honoured.

What will you miss the most?

Don’t lie, tell me what you won’t miss.

Well, barter, people who want everything for nothing… that part. I won’t miss that much.

What’s next for you?

Radio West9:41‘Big’ Bob Park has been part of All Seasons Source for Sports, but this Saturday marks the last day for the outlet

‘Big’ Bob Park has been part of All Seasons Source for Sports, but this Saturday marks the last day for the outlet 9:41