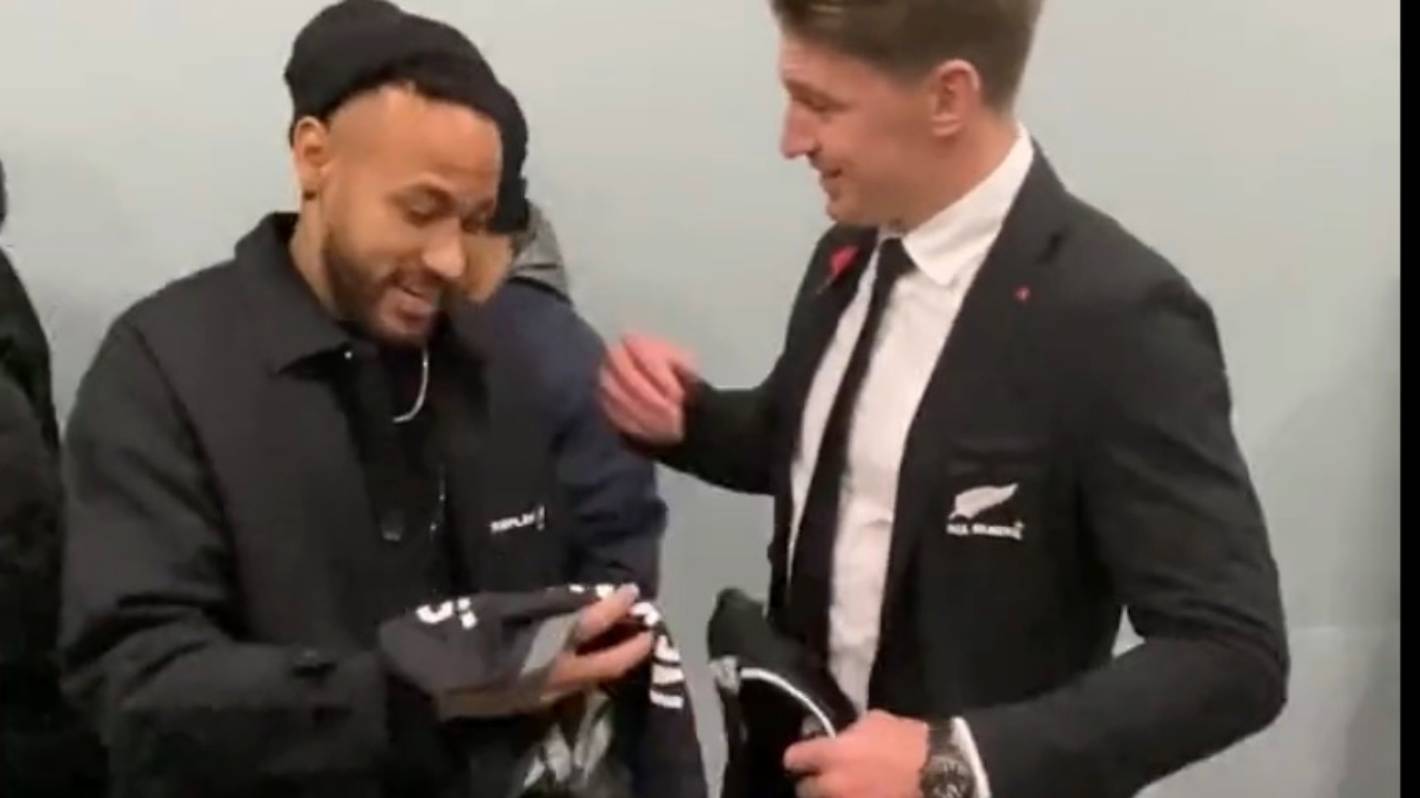 All Blacks playmaker Beauden Barrett was stunned by his meeting with football legend Neymar after France beat New Zealand in their Sunday NZT rugby test.

Both wear the No.10 in their respective codes, although Barrett was decked out in a blazer for the occasion as he was on the injured list for the test, which France won at Stade de France, 40-25 .

Neymar had played for Paris Saint-Germain who beat Nantes 3-1 in their French league clash at Parc des Princes before rushing through Paris to get to the rugby test.

Barrett and Neymar exchanged game jerseys inside the rugby stadium, with the football star offering an autographed ‘third’ PSG tunic, which is predominantly black with gray stripes and closest to the All Blacks jersey.

Barrett, in a video posted by the All Blacks, walked out of the meeting which he described as “buzzing.”

â€œThis is his jersey from tonight, he played and came straight here, so wow!

â€œI’m obviously down since the game, but it lifted me up a bit. I’m buzzing.