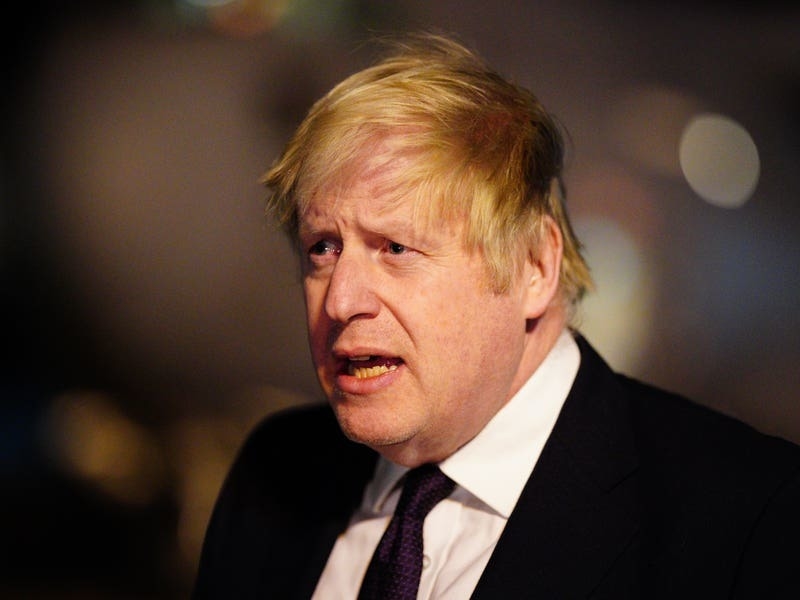 Boris Johnson: ‘Inconceivable’ that sports relations could continue with Russia

Boris Johnson said it was ‘inconceivable’ that sports relations could continue with Russia under Vladimir Putin, when football teams across the country stood in solidarity with Ukraine.

The Prime Minister’s comments come after Poland and Sweden refused to play the Russian national football team in the World Cup play-offs after invading Ukraine.

He said: “I mean, it’s a sad thing because I don’t think we’ve had a situation like this for a very, very long time.

“But it is inconceivable for me to imagine that normal sporting relations with Putin’s Russia can continue.”

It came amid an outpouring of anti-war sentiment across the Premier League, with Manchester City’s Ukrainian defender Oleksandr Zinchenko and compatriot Vitalii Mykolenko of Everton in tears on their respective benches at Goodison Park .

Just before kick off for Manchester United’s game against Watford, the teams gathered to hold a sign displaying the word ‘Peace’, while Aston Villa defender Matty Cash took off his shirt to reveal a message ” stay strong” at Dynamo. Kyiv defender Tomasz Kedziora after scoring.

Meanwhile, Roman Abramovich has entrusted the ‘stewardship and care’ of Chelsea to the trustees of the club’s foundation.

The decisions were welcomed by the UK government, with Culture Secretary Nadine Dorries saying: “Our message is clear: Russia must not be able to legitimize its heinous and barbaric attack on Ukraine by hosting sporting events and international cultures”.

The Supply Side: Retailers are testing new formats in 2022