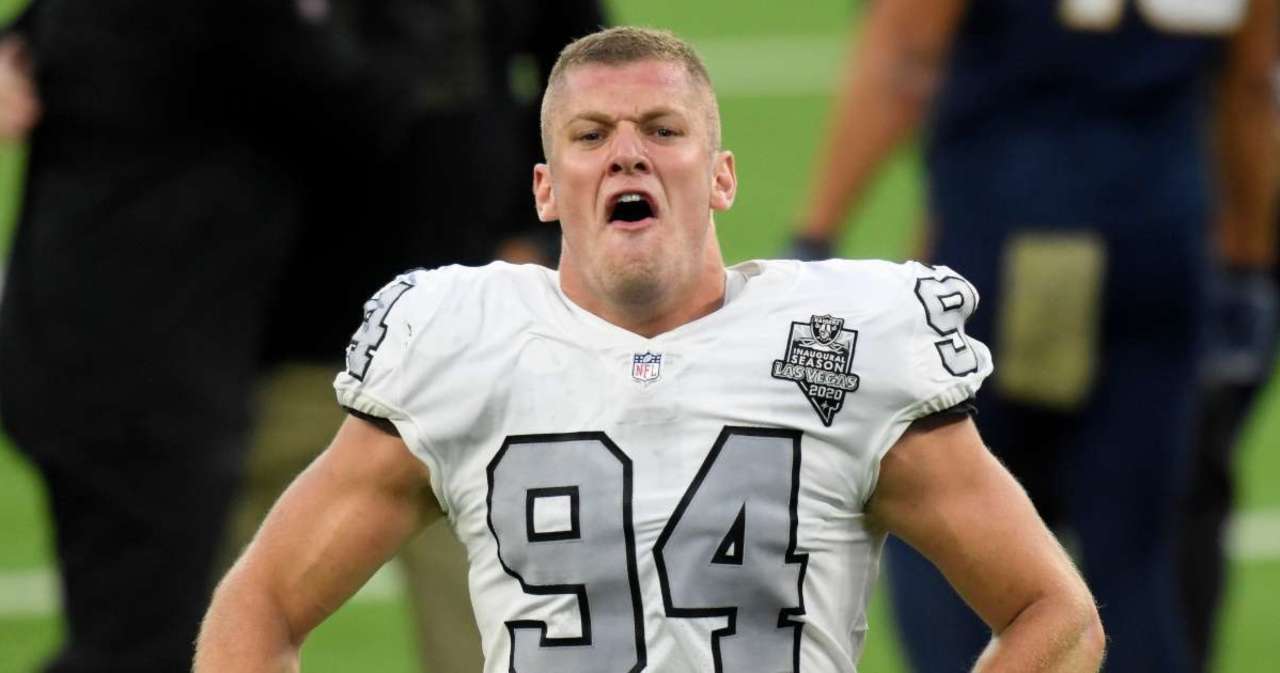 Las Vegas Raiders defensive lineman Carl Nassib announced he was gay earlier this week, prompting NFL fans to show him major support. According to ESPN, Fanatics said Nassib had the best-selling NFL jersey on Monday and Tuesday in the company’s store network. The number of jerseys sold over the past two days has not been disclosed.

Nassib made the announcement in a video posted to his Instagram page. â€œI just want to take a moment to say I’m gay,â€ he said. “I’ve been meaning to do this for a while now, but I finally feel comfortable getting rid of it. I really have the best life, I have the best family, the best friends and best job a guy could ask for. I’m a pretty low key person so I hope you know I really don’t do this for attention. I just think representation and visibility are so important. “

Nassib also said he pledged $ 100,000 to the Trevor Project, an organization that provides crisis and suicide prevention services to the LGBTQ + community. On Tuesday, the NFL announced it would match Nassib’s $ 100,000 donation. NFL Commissioner Roger Goodell said: “The NFL family are proud of Carl for courageously sharing his truth today. Representation matters. We share his hope that one day soon statements like his will no longer be newsworthy as we march towards full equality for the LGBTQ + community. We wish Carl the best of luck for the season ahead. “

Nassib has garnered the support of a number of notable figures, including President Joe Biden: “To Carl Nassib and Kumi Yokoyama – two prominent and inspiring athletes who stepped out this week: I am so proud of your courage,” Biden wrote on Twitter. Thanks to you, countless children around the world are seeing themselves in a new light today. “Yokoyama is a member of the Japan national team and also plays for the Washington Spirit of the NWSL. They announced on Sunday that he was a man. transgender.

Nassib, 28, joined the Raiders last year after signing a three-year, $ 25 million contract. He spent the 2018 and 2019 seasons with the Tampa Bay Buccaneers and recorded 12.5 sacks in 17 starts during that span. He was drafted in the third round by the Cleveland Browns in 2016.