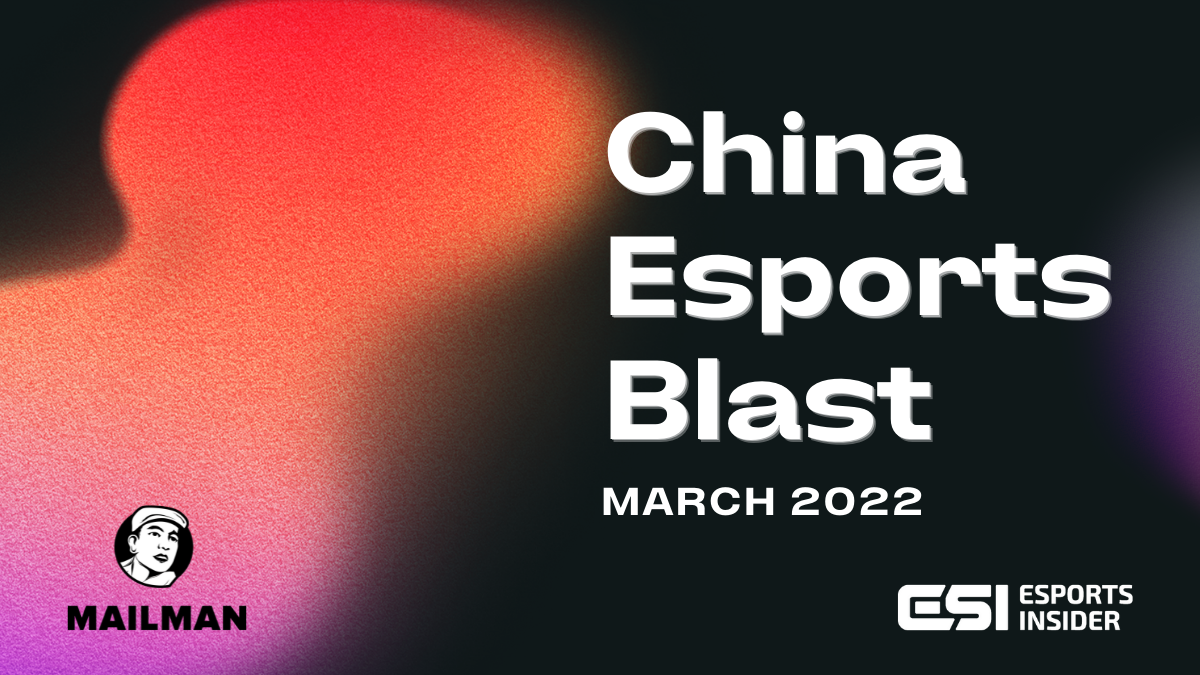 Every month, digital sports agency Mailman shares the biggest esports stories and insights from the Chinese esports scene, along with expert analysis on their importance.

With an ongoing COVID-19 lockdown in Shanghai – the heart of China’s esports industry – many esports leagues have been postponed, including the League of Legends Pro League (LPL) and the Dota 2 Pro Circuit ( CPD). Despite these recent pandemic-related challenges, several major partnerships and sponsorships are worth highlighting.

This is one of the first times we’ve seen global brands such as Coca-Cola enter the esports scene in China on such a big scale, joining Nike on this exclusive roster. The brand has forged multiple strong, long-term partnerships with large-scale sporting events, such as its longstanding relationship with the Olympics since 1928. This partnership is a significant milestone and recognition of business value for Wild Rift esports as well as the Chinese esports industry. We expect to see more partnerships in the mobile esports circuit and are excited to see how brands like Coca-Cola can fit authentically into esports.

On March 17, Chinese Dota 2 team PSG.LGD announced that it had signed a two-year partnership agreement with Danish audio equipment company EPOS, a subsidiary of hearing care company Demant. The EPOS mark will also be present on the right shoulder of the teams’ shirts.

PSG.LGD is one of the best Dota 2 teams in the world, winning second place at The International in 2018 and 2020, and third place in 2019. As the esports arm of French soccer team Paris Saint-Germain , PSG.LGD continues to enjoy high business value across the entire Dota 2 ecosystem, even during the pandemic. This represents another successful step for the team in its business development.

LPL and DPC postponed due to Shanghai COVID-19 lockdown

On March 30, TJ Sports and Chinese game publisher Perfect World both announced that they were temporarily postponing the LPL Qualifiers and DPC until April 12. The leagues are China’s top competitions in League of Legends and Dota 2 respectively. As of this writing, Shanghai has reported over 100,000 confirmed cases of COVID-19, and several areas have been quarantined.

This postponement could affect LPL teams participating in the League of Legends Mid-Season Invitational (MSI) in May due to qualification requirements. However, if the LPL Qualifiers continue to be postponed under the current situation in Shanghai, Riot Games and TJ Sports will need to consider the possibility that this year’s MSI will not have an LPL team in attendance.

Mailman is a leading sports digital agency in China. He helps sports organizations and brands build sustainable businesses in China, one of the toughest markets in the world. Mailman is an Endeavor China company.