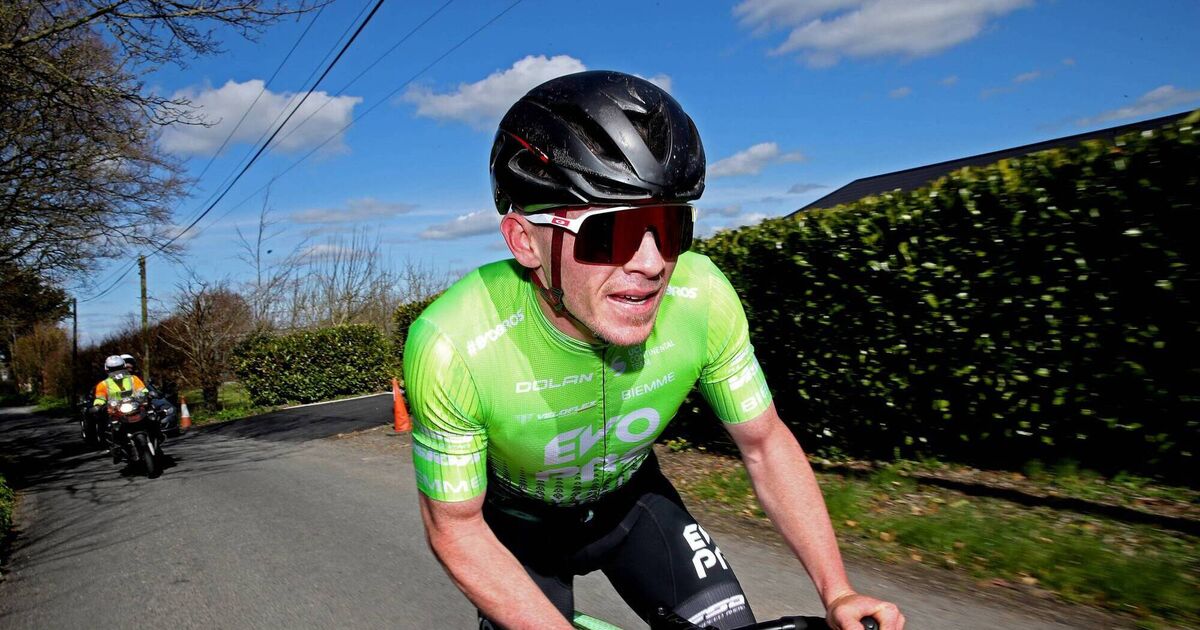 Daire Feeley threw down the gauntlet to all of Ras Tailteann’s challengers after a stunning performance on today’s brutal third leg from Newcastle West, Co. Limerick to Lisdoonvarna, Co. Clare.

The 25-year-old from Roscommon was second on the stage behind the Irish national team’s Adam Ward, but the time saved on his relatives in the general classification was enough to see him catapulted into the yellow jersey for the first times of his career. .

It all makes for a fascinating race weekend with back-to-back stages today and tomorrow.

For Feeley, it was a lifelong dream come true, but he is keen to point out that there is still a long way to go.

“I remember watching the race when I was young, the riders coming to my home town of Roscommon and I was like, ‘I would love to be in this race one day. So wearing the jersey now is a bit surreal.

“The goal was to get the (yellow) jersey from the start and try to win the race overall, but to get it now I don’t know what to say. I’m at a loss for words, it’s a fantastic feeling. Feeley came out on top on Thursday’s second stage at Castleisland when he took a fine sixth place to move up to eighth overall a short distance behind Sutton.

He’s a runner who epitomizes attacking strategy as the best form of defense and it wasn’t long after the flag fell yesterday that he was in the one and only significant move of the day.

They managed to pull a gap of almost four minutes at one point, and with most of the main teams represented, they knew it would go down the line if they cooperated.

Ward was among the main aggressors and it was one of his pushes that broke up the group and pulled Feeley away.

“Sometimes during the winter when you spend hours training in the cold, damp and rain and you wonder ‘is it really worth it?’ “Ward said afterward.

“The gap started to widen and at one point we had four minutes. Everyone knew that (break) was going to the line if we put our heads down.

“I looked at the profile the night before, the last 30km to the finish were very rough and tough roads and after about 140km I kind of attacked and got clear with Daire. He obviously had better ride because he was overall if we knocked him to the finish line. It was a dream coalition because they could both take full advantage of it. And as soon as Feeley knew that he took the yellow jersey, he cared less about saving himself for a sprint.

“I was giving Daire a few big turns early on and the closer we got to home he started to get a little stronger.

“I think we both had our own interests in what we wanted out of performing and what we wanted out of racing. There was no pre-established agreement, everything was done on the road. Feeley emptied the tank and didn’t contest the sprint, which allowed Ward to raise his hand for a career-best result.

Today’s stage is a relatively easier day at just 154 kilometers and with no categorized climbs a bunch sprint is the expected result.