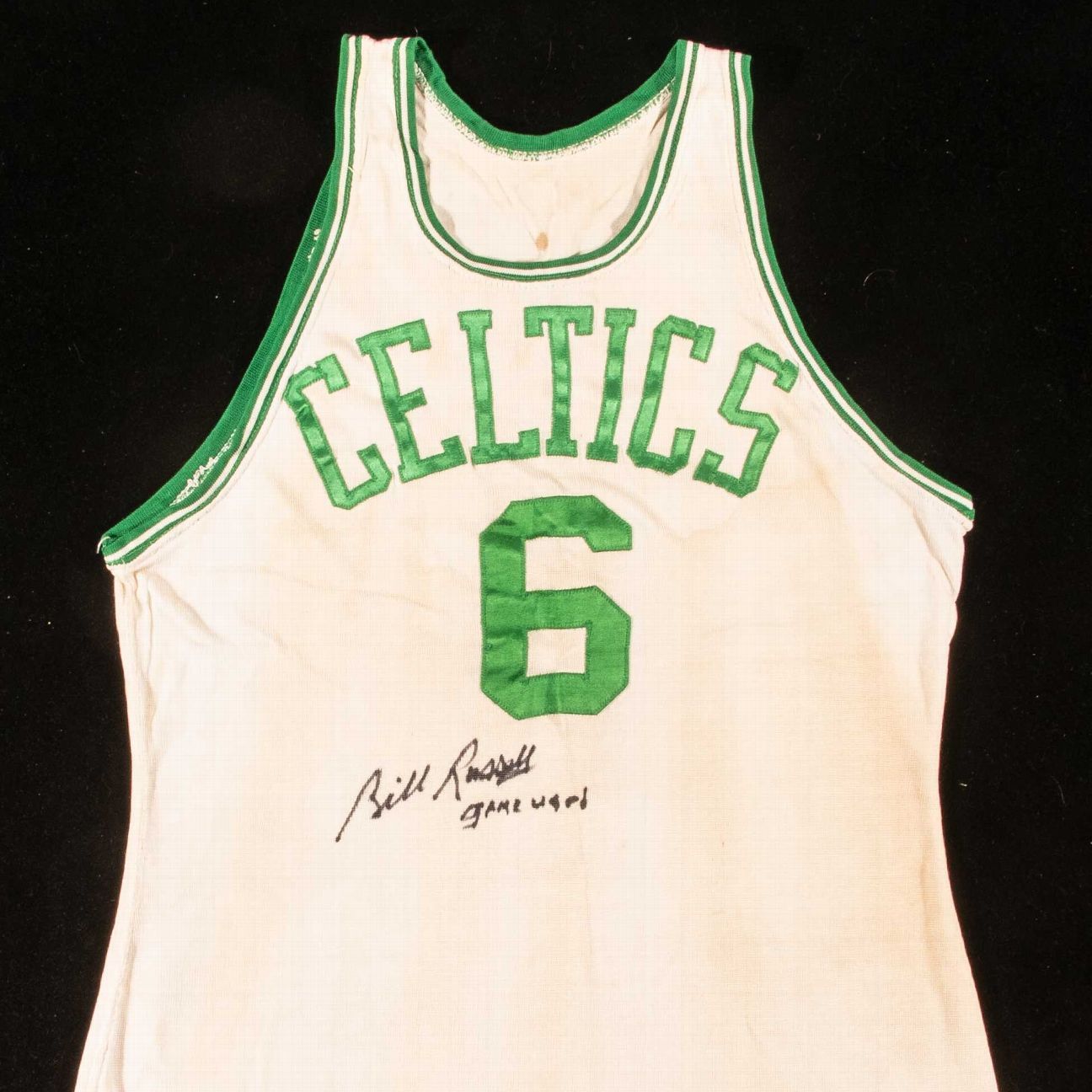 The jersey has been autographed, with letters of authenticity from Hunt Auctions and James Spence Authentication (JSA), as well as a signed provenance letter from Russell.

Friday’s online auction was the second of two Russell with Hunt auctions in which Russell-related items fetched about $8.86 million combined. A December event, which took place inside Boston’s TD Garden, grossed $7.4 million.

For decades Russell’s signature was notoriously hard to come by and jerseys used in the game were “extremely rare”, according to an industry expert. Between the December and April sales, Hunt Auctions brought over 700 items from Russell into the collecting space.

The jersey sold Friday is the second used-in-game jersey from Russell’s personal collection that has hit the million-dollar milestone that isn’t often eclipsed for uniforms worn in any sport. The jersey Russell wore in his last NBA contest, the decisive 1969 NBA Finals victory, sold for $1.1 million at December’s auction.

While the sum is telling, the most paid for an NBA jersey used in the game still belongs to the late Kobe Bryant. A Bryant rookie season jersey sold for $3.69 million with the Goldin collectibles market in May last year.

Diego Maradona’s 1986 World Cup ‘Hand of God’ uniform, soon to be the most valuable jersey ever worn, has already secured a bid of over $5 million at Sotheby’s.