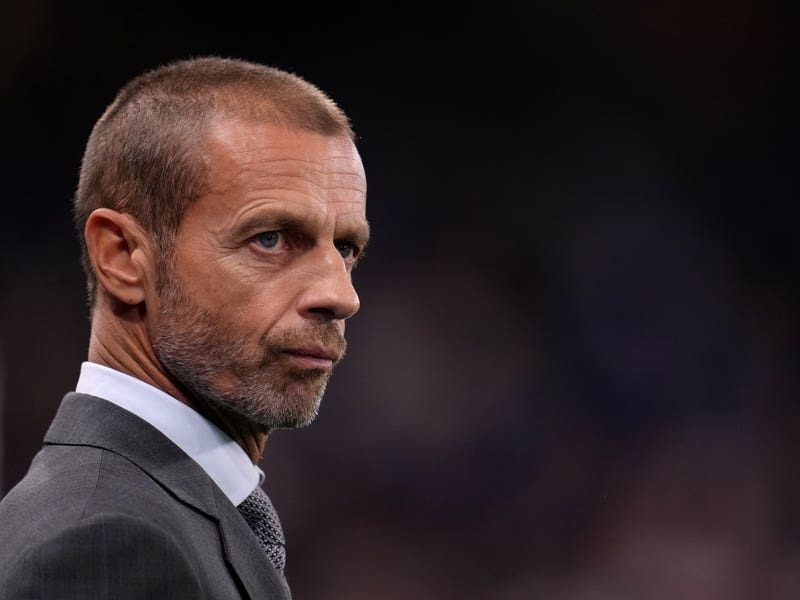 How sport reacted to the Ukrainian crisis

The sports world will be impacted by Russia’s invasion of Ukraine.

Here, the PA news agency examines how the sport has responded to the crisis.

UEFA are close to confirming that this season’s Champions League final will no longer take place in Saint Petersburg, according to the PA news agency.

UEFA President Aleksander Ceferin called an extraordinary meeting on Friday in which the 68,000-capacity Gazprom Arena will be stripped of its right to host the final.

“We remain resolute in our solidarity with the football community in Ukraine and we are ready to reach out to the people of Ukraine.

“We are treating this situation with the utmost seriousness and urgency. Decisions will be taken by the UEFA Executive Committee and announced tomorrow.

The Scottish Football Association is in talks with UEFA as Ukraine are Scotland’s World Cup play-off opponents.

Ukraine are due to travel to Hampden on March 24 and the fate of the game will also be on the agenda of the UEFA meeting.

The football associations of Poland, Sweden and the Czech Republic issued a joint statement on Thursday afternoon calling for the World Cup play-offs not to be played in Russia.

The Ukrainian Premier League was due to end its winter break on Saturday but is now suspended.

In Germany, second division Schalke have announced that the logo of main sponsor Gazprom will be removed from the club’s shirts.

Russian world number seven Andrey Rublev has expressed his support for peace, taking to Instagram ahead of his match against American Mackenzie McDonald in Dubai to post images of friendship with Ukraine.

After his match, Rublev, who won a doubles title with Ukraine’s Denys Molchanov over the weekend, said: “In those moments you realize that my match is not important. It’s not It’s not about my match, how it affects me. What’s happening is far more terrible.

Elina Svitolina, Ukraine’s most prominent player, changed her Twitter profile picture to a hand in the colors of the country’s flag next to the words “Pray for Ukraine”.

She also posted a message expressing her sadness over the situation, writing, “I can’t,” along with crying and heartbroken emojis.

No main event of the tour is scheduled to take place in Russia until the fall, but the Moscow Cup, a second-tier ATP Challenger Tour stop, is scheduled for next week while a third-tier event of the International Tennis Federation in Kazan is on the schedule in early April.

An ITF spokeswoman told the PA news agency: “We are monitoring developments in this situation closely and any course of action will be decided on the basis of a thorough risk assessment and the advice that we receive security experts and competent authorities.”

Vettel, one of the sport’s leading figures and director of the Grand Prix Drivers’ Association, said: “My opinion is that I shouldn’t go and I won’t.”

World champion Max Verstappen added: “When a country is at war, it’s not okay to race there.”

World Athletics said it was “appalled” by the developments in Ukraine and condemns the invasion. A statement said World Athletics President Sebastian Coe spoke with his senior vice-president Sergey Bubka, the former Ukrainian pole vaulter, and the Ukrainian Athletics Federation and “offered all practical support what we can provide”.

From football to F1, Russia stands to lose after invading Ukraine