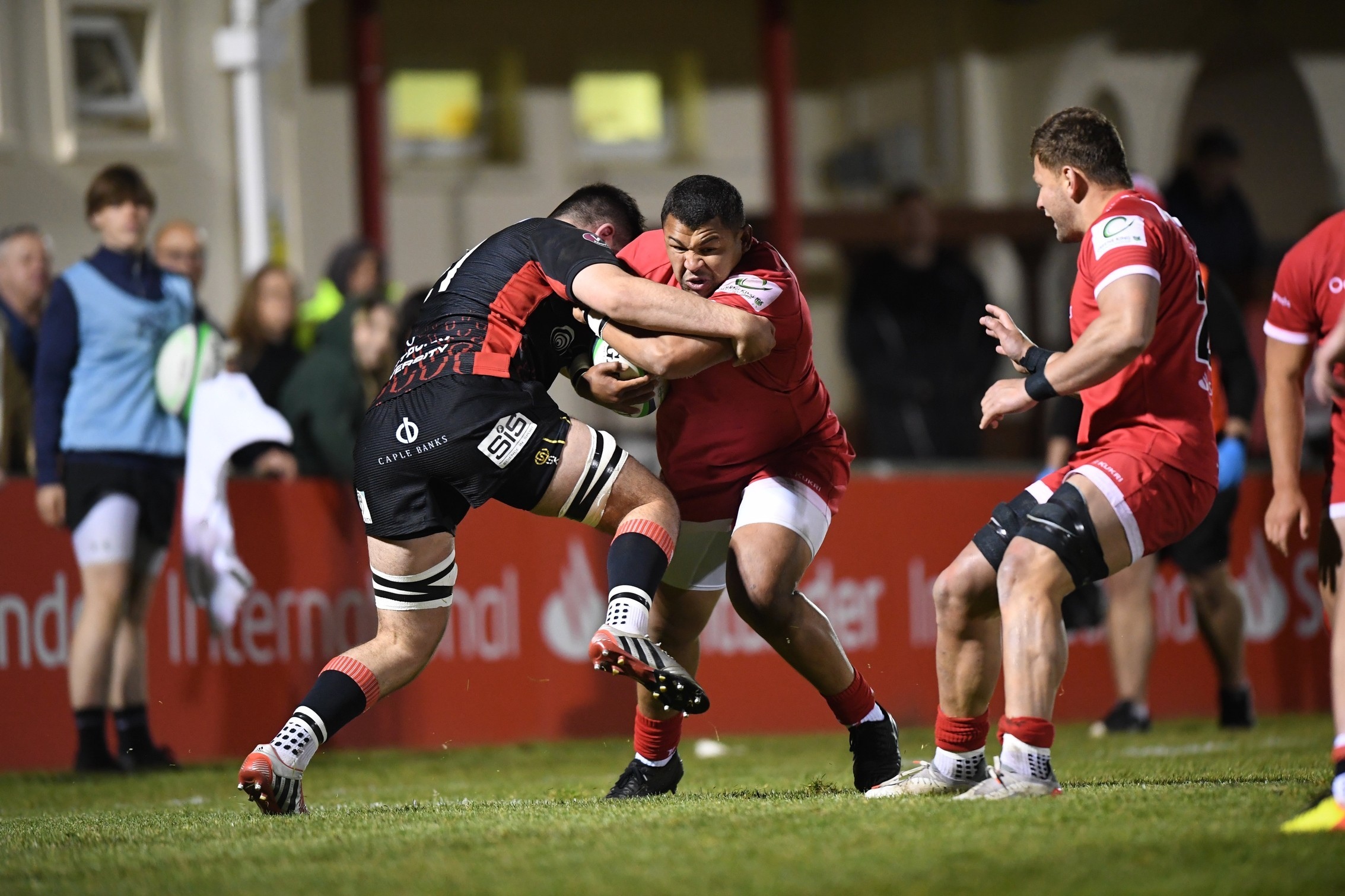 ROB WEBBER is wary of a Coventry side who hammered their Jersey Reds players last season as the clubs prepare to trade blows in the Championship Cup semi-finals.

The Islanders have won home and away wins against the Midlands outfit in 2021/22, but the head coach still sees warning signs, following last May’s 34-10 defeat at St Peter and the recent cup race of their rivals.

Coventry, which visits on Friday evenings [7pm kick-off] finished the league campaign in eighth place but played the overall scoring system well in the cup – overtaking Ampthill in the first round before beating season promotion hopes Doncaster Knights over two legs in the quarter-finals.

The Reds eventually qualified for the last four with a 30-14 win over Hartpury last Friday, but their progress came at a price. Four of the starting XVs from this encounter are now ruled out for the remainder of the campaign.

Tim Gray and Eoghan Clarke both suffered severe ankle ligament damage while James Elliott fractured his collarbone. Sean O’Connor, who was ejected for dangerous play in a ruck, received a four-week suspension.

“It was tough getting them out injured,” Webber said. “We’re missing some quality players and it’s hard to see these guys, who worked really hard, injured. Everyone wants to play in these great games so you feel for them. Sean is included in this after getting a red with no intent or malice. It’s just the letter of the law and we have to carry these things.

He added: “The league is the league and the cup is the cup. Teams approach it in certain ways; Coventry went in and got their results and they will be a very tough team to play in the semi-finals. They came here around this time last year and gave us a good beating so we have to prepare appropriately.

Webber is also hoping the club professionals will establish a positive stall ahead of Saturday’s inter-island triple header at the Santander Stadium.

What are the different types of personal loans?