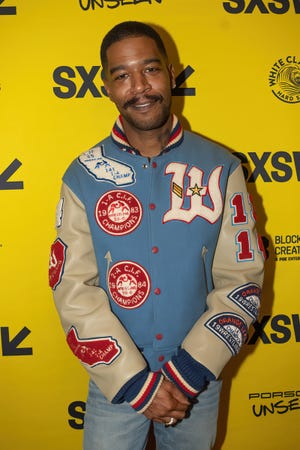 Kid Cudi appeared last week on “Late Night with Seth Meyers” and talked about the song he sent Joe Burrow before the Bengals quarterback led Cincinnati to an AFC championship and sends the rapper his jersey used in the win over the Kansas City Chiefs. .

“Before the Chiefs game, I reached out to him and just said good luck and sent him a song to cheer him on for the game,” Kid Cudi told Meyers. “I wrote him a song. I wrote him a love song. And it was like, ‘Joe. Hello. You gotta know you got the glow. Joe.’ It was something like that.”

“So they won the match because of my song,” he added. “I’ll say like I was a little bold and like, ‘Man, I’m just gonna go ahead and ask him for the shirt, man. Like I think he might want to keep it. for him, but let me, go ahead and ask him. And he literally answered right away and he said, ‘I’m sending it tomorrow.'”

Burrow was on stage as Kid Cudi performed at a Super Bowl after party. The Bengals QB said he listens to Cudi’s “New York City Rage Fest” before every game and added that “Man on the Moon” is another of his favorite tunes.

Burrow acknowledged that hearing Cudi like he did after winning the AFC championship — and being congratulated via Twitter by NBA star LeBron James and others — is surreal.

“I wouldn’t call (reaching the Super Bowl) surreal. I would say it’s exciting,” Bengals quarterback Joe Burrow said of the win over the Chiefs. “The situation I’m in socially doesn’t really feel real to me. Because, you know, in my head, I’m just the same old guy. One of my idols growing up, Kid Cudi, reached out to me yesterday. You have LeBron tweeting me or whatever… that part is surreal. The football part – not so much. This (other) stuff is crazy.