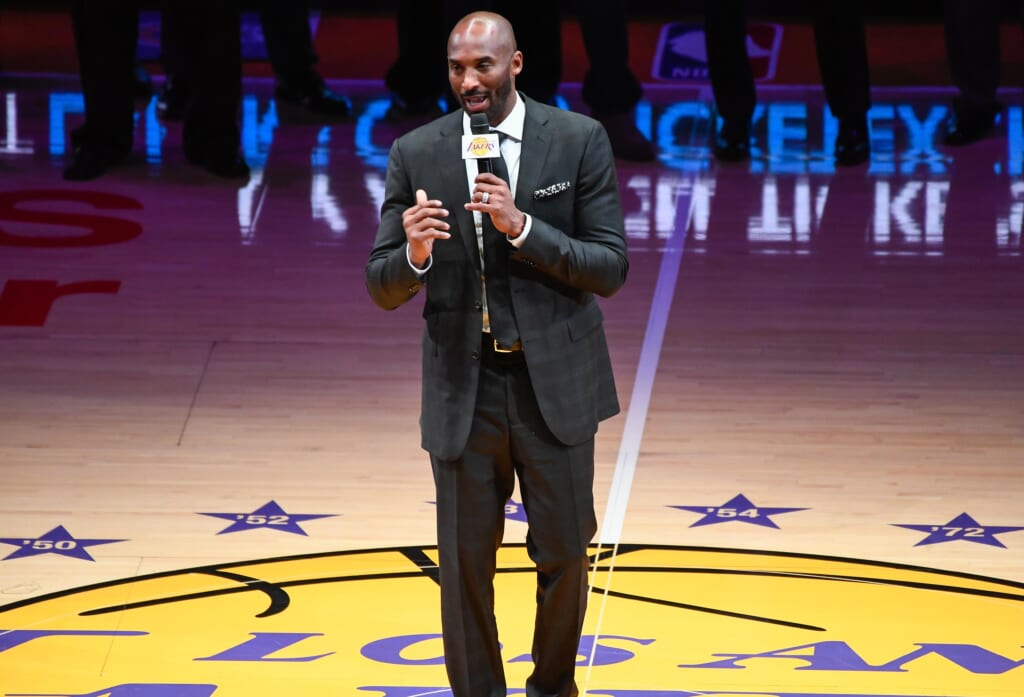 Los Angeles Lakers legend Kobe Bryant has delivered so many unforgettable memories during his Hall of Fame career. Now, a game-worn jersey from one of his first NBA playoff games is likely to be one of the biggest selling jerseys of all time.

A five-time NBA champion, Bryant made his playoff debut on April 25, 1997 against the Portland Trail Blazers. He only played 46 seconds in that game and scored two points. He would later score 22 points in his third playoff game, then score 19 points on May 8, 1997 after making 13 of 14 free throws against the Utah Jazz in Game 3 of the Western Conference Semifinals.

More than two decades after he wore this uniform from his 19-point performance against Karl Malone and John Stockton, Bryant’s jersey has been auctioned off at an astonishing price.

Recently placed on SCP Auctions, the game-worn Kobe Bryant jersey sold for $2.735 million, per TMZ Sports. After an intense bidding war with 26 bids, the final bid of $2,735,546 came out on top for the piece of NBA history.

In 220 career playoff games, Bryant averaged 25.6 points. He also averaged more than 30 points per playoff game in five separate years, including his last playoff appearance with the Lakers in 2012.

Moore more than a year after the devastating helicopter crash that killed nine people, including Jobe and Gianna Bryant, a settlement was reached between the pilot’s estate and the helicopter operating company with the families in June 2021.