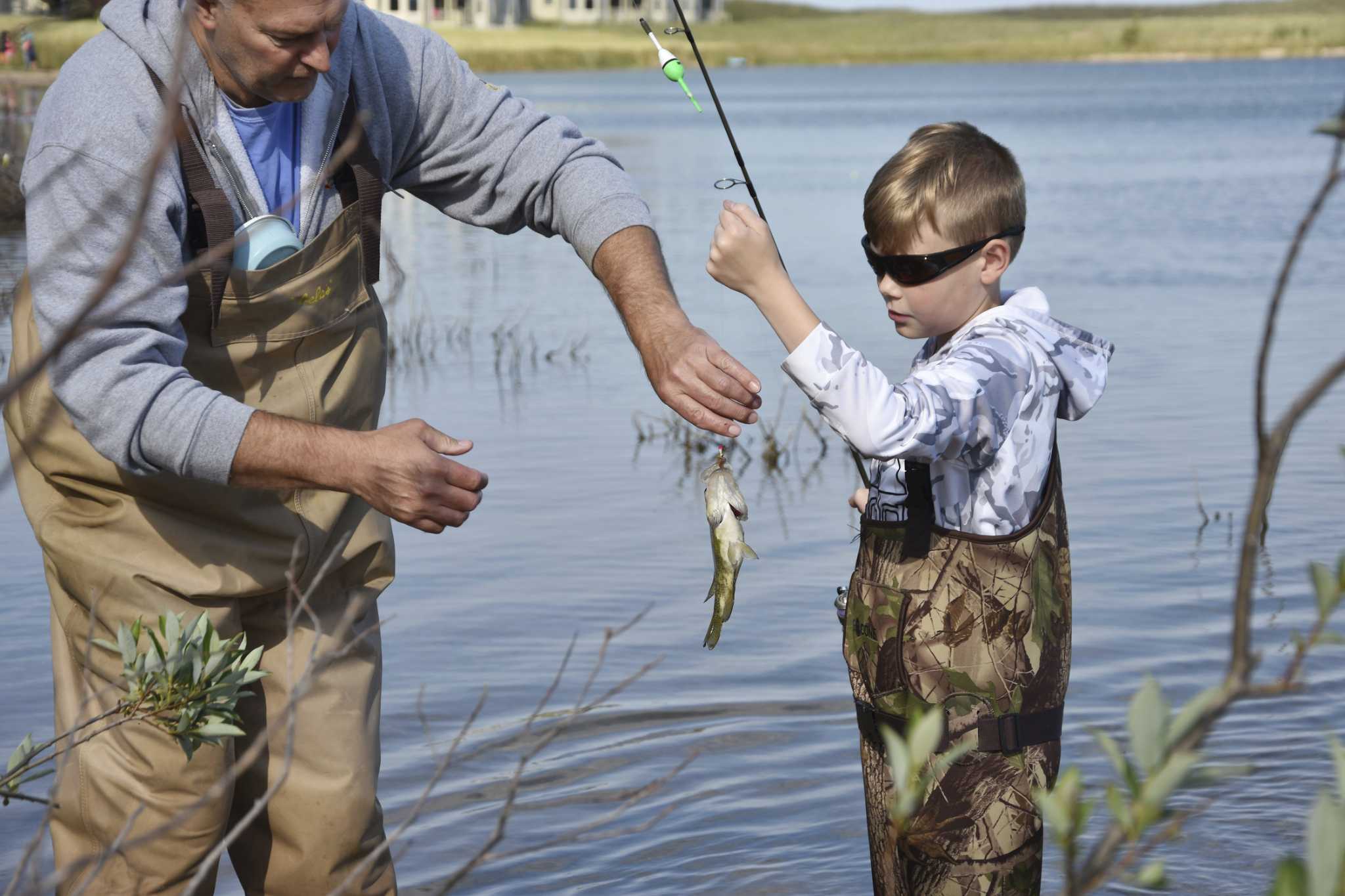 MANISTEE – Emma Campbell was one of some 95 youngsters fishing at Man Made Lake on Wednesday, and she caught a bluegill on her first throw.

â€œI love fishing. I like it because it’s fun. I don’t care if I don’t catch a fish or win (the contest), â€Emma said.

The event was aimed at children up to the age of 12 and aimed to show children the pleasures of fishing.

Kamaloski pointed out that everyone who worked at the event was doing it for the young participants in order to get them interested in fishing.

“It’s just gotten to the point with video games and stuff. I fish a lot and we always used to see kids fishing from the dock or the boat launch. You don’t see that anymore. So we’re just trying to get the kids back, “he said.” Because that’s really the future. “

Kamaloski also pointed out that Mike Wood of the National Wild Turkey Federation’s Sunset Shoreline Strutters Chapter was instrumental in helping out with the event.

He said about 95 children attended the event on Wednesday. Two years ago there were around 140 participants, he said.

â€œIt’s usually around 120 to 180 kids,â€ he said. â€œThey come and they sign up, they put their name in a basket. They get a free shirt. We have loan sticks that they can use. â€¦ We have people walking around the lake measuring the fish and writing their names down, so we have prizes.

But even at the end of the day, each child comes home with something like fishing rods, reels and other gear, Kamaloski said.

He also said Tangled Tackle, Don’s Sporting Goods and others donate worms or items for the event.

By the lake, Scott Heintzelman had installed a cane holder made of a conduit, parts of which he had mounted on PVC that could be driven into the sand.

His 10-year-old son Emmet stung several fish, including a rock bass which was a “good fighter”.

Several years ago, Emmet won for a pike he caught that attacked a bluegill he already had in play.

â€œIt was the big fish of the tournament that year,â€ said Heintzelman.

Heintzelman said he and his two sons have participated in Kids Fish Day every year since they were of age to participate.

He also had several rod holders installed on a bucket for convenience.

Father and son, Hans Madsen and Zeke Madsen, 5, had the chance to spend the event fishing side by side.

Madsen said he saw the event posted on the association’s Facebook page and decided to take a day off and spend some of it with Zeke at the fishing event.

Zeke noted that he thought it was cool and enjoyed catching fish. He had caught a rock bass before and soon after he almost caught another fish which escaped at the last second.