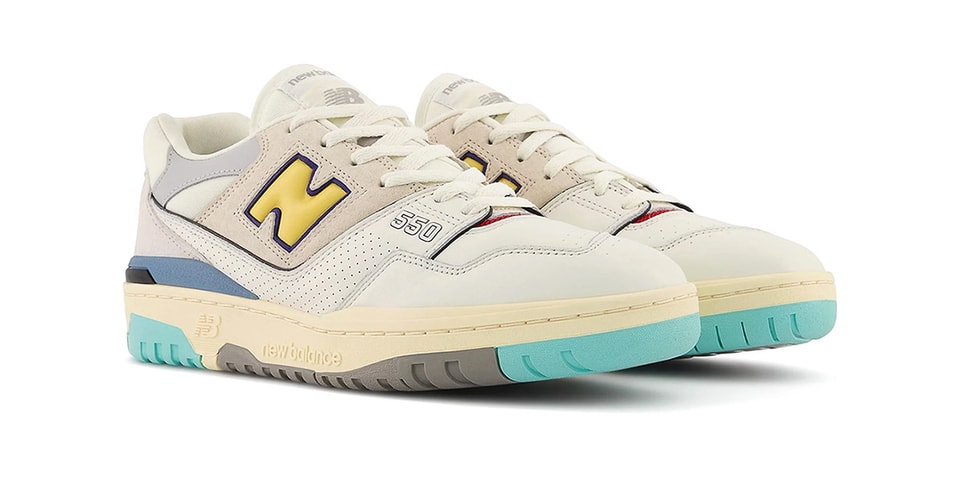 It could certainly be argued that the momentum was never really on New Balance’s side like it is right now. Boston’s sportswear imprint has a grip on the sneaker community as it continues to capture their hearts with its eye-catching collaborations and bevy of versatile GRs. It’s no secret that the brand has gone full throttle on its New Balance 550, and this season it’s adding this multicolored entry to its repertoire.

The majority of the sneakers are made with an off-white tone. Creamy applications are found in areas such as the perforated mudguards, toe box, tongues, collars and laces, while smaller doses of beige cover the side panels and heels. The accents here are what do the most talking. The N logos immediately catch our eye with their yellow paint jobs, along with tiny pops of red that show up on the lower end of the throat. From there, various shades of blue are brought to the table, of which a chalky muted version spills over the rear midsole molds while an aquatic hue pops through the fore and aft ends of the soles.

Take a closer look here and expect New Balance to drop them in the coming weeks.

For other news, Up There has announced their New Balance 2002R “Backyard Legends” collaboration.

RadioShack reinvents itself as a crypto platform with wild tweets