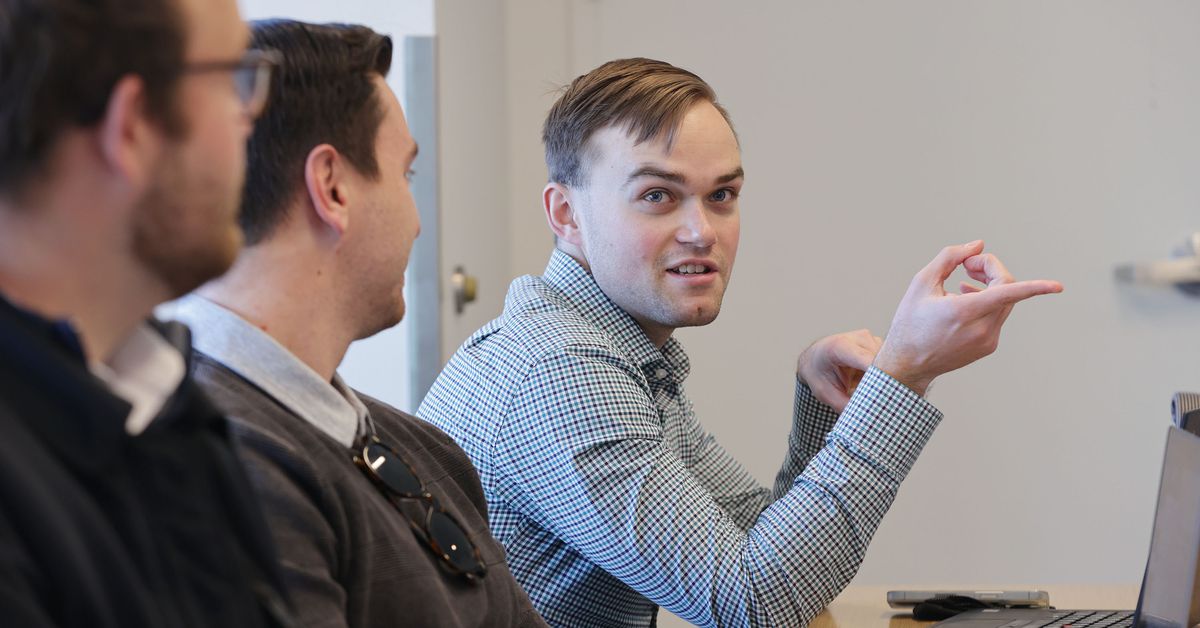 Finding success and navigating the “valley of death” for University of Utah spin-off startups could get a whole lot easier thanks to a new $5 million investment fund aimed at giving fledgling entrepreneurs opportunities to access cash when it is hardest to get and most needed.

Utah philanthropists Tim and Joan Fenton are backing the University of Utah’s new ‘Founders Fund,’ a program to accelerate promising student and college ventures to earlier stages than might typically appeal to traditional venture capital funds. And, unlike a typical gift from an academic institution, the $5 million comes in the form of an investment fund intended to generate returns over time from successful recipient companies. Proceeds from these investments will, according to the Fentons, be reinvested into the fund so that it can help even more startups in the future.

Local business giant and serial entrepreneur Tim Fenton said the new fund was inspired by his own early experience trying to navigate the “valley of death”, a term commonly applied to the precarious early stages of a start-up effort when income hasn’t started coming in. and all available money is spent on developing a new product or service.

“I was studying at the University of Utah and had been there for about three years when I started a new company,” Fenton said. “I was busy with it and about to be a new dad. I didn’t have the income to continue at the U. and I moved to devote all my time and effort to this new business that I was building.

“There were many times when I thought it would have been a wonderful concept to have access to funding at this critical time for the business I was trying to start and it just wasn’t not available.”

While that first effort failed, Fenton’s entrepreneurial spirit continued to shine and he went on to build a far-reaching business empire. He has spent over 35 years in real estate development, construction management and executive leadership, including the creation of several high profile residential and commercial developments in Utah, Nevada and Arizona.

In 2009, Fenton helped lead an investment fund targeting a portfolio of distressed commercial loans valued at over $700 million. And early in his career, Fenton spent years managing multiple businesses, from manufacturing to sales in industries ranging from apparel and activewear to health and beauty products, including the acquisition and full turnaround of one of these companies.

President of the University of Utah and former Dean of the David Eccles School of Business, Taylor Randall praised the Fentons for their creativity and inspiration in creating a fund that will serve to not only boost the success of startups in founders of the University Network, but also provide real-world experience for students who will be involved in researching, reviewing and proposing the projects most worthy of financial support from the new fund.

“The Fentons came to us and said they wanted to do something new and innovative that would meet a number of goals,” Randall said. “What we try to do is provide the best experience opportunities for our students. The fund will not only give our student startups a stronger footing in their respective markets, but for students involved in verifying and analyzing these companies, using real investments, it will be a game-changer. It ceases to be a student project, takes on a life of its own, and students learn in a very, very different way.

Paul Brown, James Lee Sorenson Presidential Professor and Professor (Lecturer) of Entrepreneurship at the Eccles School, will oversee the Founders Fund, working with the Fentons to make final investment decisions as well as the committee student responsible for proposing the best potential offers. at the table.

Brown said the fund will be used to elevate an already vibrant startup culture at U., complementing programs at the Lassonde Entrepreneur Institute, the Sorenson Impact Center and Eccles Business School’s Master of Entrepreneurship program.

“We believe this could become a new model in business education, and it’s a very important addition to the startup ecosystem we’re building at the university,” Brown said in a statement. “While the Fund will initially be aimed at entrepreneurs within the University of Utah ecosystem, we will be considering a variety of startups for investment.”

Brown, who brings years of private venture capital expertise to the Founders Fund team, said the effort is one-of-a-kind and could be the catalyst that puts the already high-performing and much-loved entrepreneurial programming of United States among the best in the world. nation.

“Our entrepreneur programming at U. is solidly in the top 10 nationally,” Brown said. “I don’t know of anything like the Founder’s Fund happening anywhere else…and I guess that will only serve to accelerate how quickly we move towards the best startup ecosystem in the country.”

In working to get the Founders Fund up and running, Brown said the U. had the benefit of extensive experience overseeing student-led investment efforts, through two iterations of the University Venture Fund, programs overseen by the Sorenson Impact Center and Eccles Business School.

With this quick start, the Founders Fund will close its first investment deal in about next month, Brown said, and could make five to eight investments over the coming year. Funding amounts will vary, but a likely approximation for individual investments will be $50,000 to $250,000, according to Brown.

Brown said he and other professional staff are in the mix, but the majority of investment-side work will be done by students who will be responsible for researching potential deals, performing industry analysis and competitors, to create relevant financial models and even to present. their proposals for agreement to the fund’s investment office.

“It’s absolutely a real-world experience,” Brown said. “The process is essentially identical to what happens in the private venture capital industry.”

Brown noted that business start-up efforts come from virtually every department in the school, and he expects the companies receiving support from the fund to be wide-ranging, ranging from consumer products and services to software. , smartphone apps and even innovations in food and packaging.

“As alumni and enthusiasts of all things the university produces, we have long admired its ability to help students build some of the fastest growing businesses in the country,” Joan Fenton said in a statement.

Tim Fenton said he and Joan look forward to not only providing new founders with critical funding to pursue their business goals, but also to act as mentors and consultants for the next generation of business leaders in the Utah.

“The vision, determination and entrepreneurial drive of University of Utah students is remarkable, and we look forward to helping them bring their ideas to life with support from this innovative new fund,” said Tim Fenton in a statement. communicated. “There really is nothing like it in the country in how the fund will benefit the students, the university and the foundation, and we are thrilled to be able to bring it to life.”

How to Create a Successful Brand/Celebrity Partnership