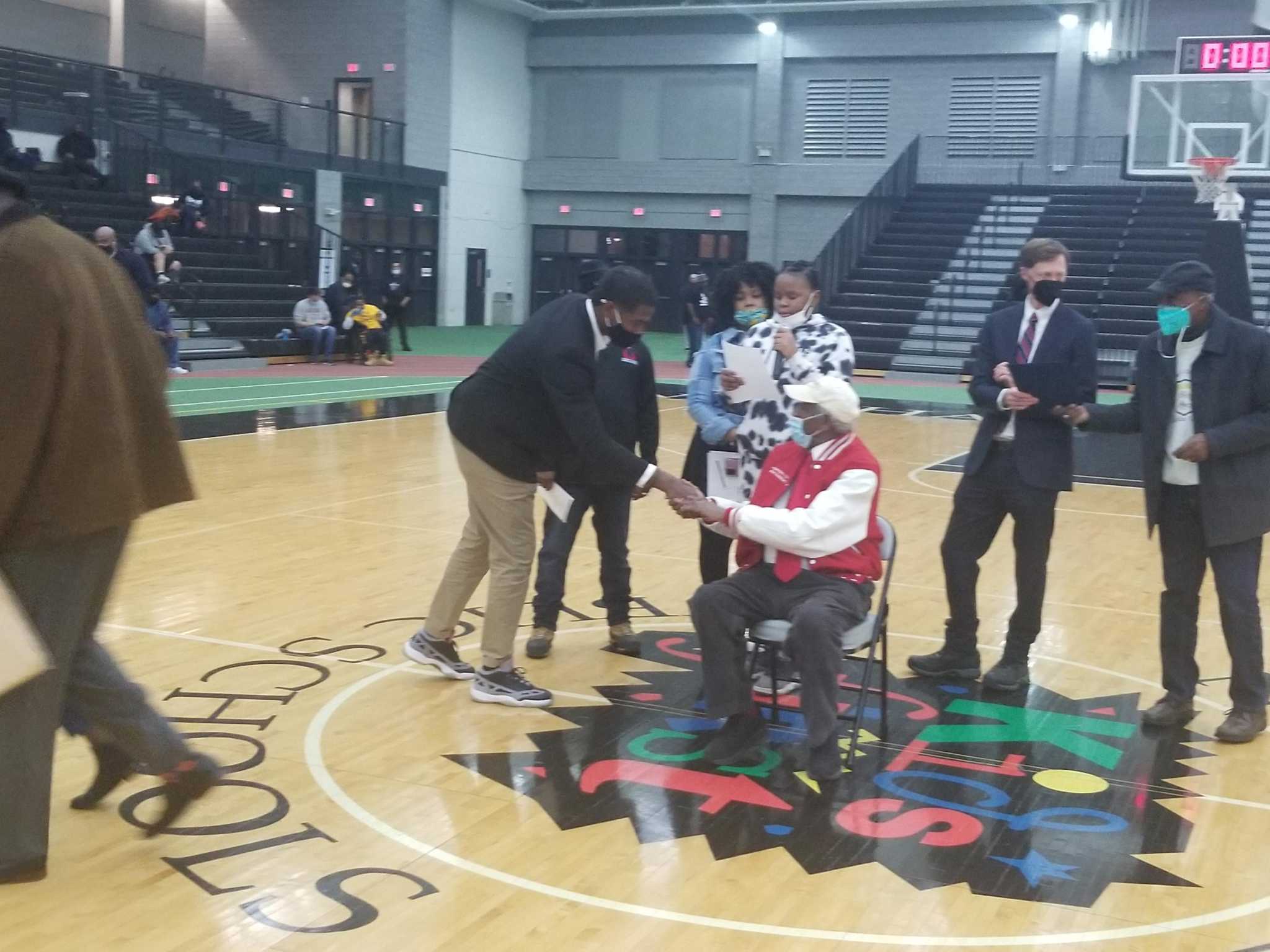 But for one night, Pringle was back, honored at the sixth annual Robert Saulsbury Invitational on February 2. He was back inside the Floyd Little Athletic Center, where he was part of some great governors basketball teams that advanced deep into the state. tournament.

“We used to play downtown at the New Haven Coliseum when I was a freshman. The Hillhouse-Cross games, it was amazing. I even got a chance to be part of the varsity team at that time,” Pringle said. “Thinking of my teammates, Anthony ‘Country’ Brown, my running mate and one of my best friends to this day, and Cameron Vigliotti, the left-handed shooter. I spent many hours in the gym with this kid.

Pringle is now 36 and is the head coach of boys basketball at Westminster. He spent a graduate year there after graduating from Wilbur Cross in 2004. He played football, basketball and lacrosse there before playing football at Tennessee State on a scholarship .

Not only has he been the school’s basketball coach since 2010, Pringle is also the school’s associate director of admissions.

“We have an arduous application process. It’s quite tedious. We try to find character kids who are smart,” Pringle said. “I work with a lot of families of color. I’m a fixture on campus. I’ve been around for a long time and people look to me for guidance.

Pringle graduated from Stonehill in 2009, where he majored in healthcare administration. About a year later, Pringle landed in Westminster and has remained there ever since.

Pringle understands the recruitment industry, both for the school and for the students. Not only does he have to bring in potential student-athletes, he has to make sure his basketball players are recruited by colleges.

“On the basketball side, I go everywhere to find kids: New York, New Jersey, international kids. I would love to rebuild a network in New Haven, but it has to be the right kid,” Pringle said. “Anyone who comes to me, I work hard to make sure they get recruited. They are already good students, so that’s half the battle.

Cross qualified for the Class L state championship game in his junior year in 2003 behind Stanley Myers, the Register Area MVP. In his senior year, Cross won 16 straight matches, including that second SCC title, before falling to eventual Division I state champion Trinity Catholic in the semifinals. This Trinity team had four Division I players.

Pringle faced Geary Claxton, Rob McKiver, Keith Cothran and Chazz McCarter, among many other talented New Haven players. For the last two years of his career, Cross was king of the court.

Now Pringle is able to help kids succeed at the next level, just like people did for him nearly two decades ago. What kind of advice does he offer kids when researching potential colleges?

“Have a plan and stick to it. Stick to a game plan. Be around people who will tell you what to do, not what you want to do. Stay focused and keep your grades high,” Pringle said.