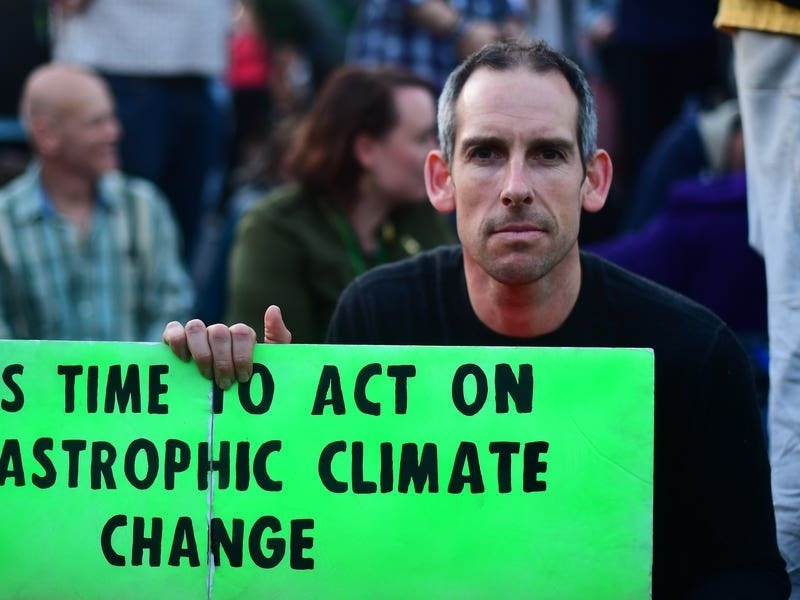 An Olympic gold medalist took part in the Extinction Rebellion roadblock protest in central London to demand an end to fossil fuel investment.

Canoeist Etienne Stott, who won the slalom event with Tim Baillie at the 2012 London Olympics, said he was taking part out of fear for the future of the planet.

“We don’t need to invest more in fossil fuels.

“I really fear for the future”

He believes that the current political action “sends us on the path of destruction”.

Stott, who held a banner that read “I will need a spectator,” added, “Our voice is the voice of ordinary people saying ‘no, not in my name’.”

The 42-year-old, from Nottingham, had earlier urged his Twitter followers to ‘come join me’ at Saturday’s protest, sharing a quote from the UN secretary general who said that instead of climate activists , “the really dangerous radicals are the countries that increase their production of fossil fuels”.

The action saw hundreds of protesters march from Hyde Park to the West End and stage a sit-in in Oxford Street and Regent Street, blocking traffic in the heart of London’s shopping district.

Stott is a strong supporter of Extinction Rebellion and is no stranger to its protests.

He was found guilty of a public order offense after the Extinction Rebellion protests in 2019, when he was arrested on Waterloo Bridge with other protesters after refusing to comply with conditions imposed by the police.

Stott, who retired from canoeing in 2016, was awarded an MBE for his services to the sport in 2013.