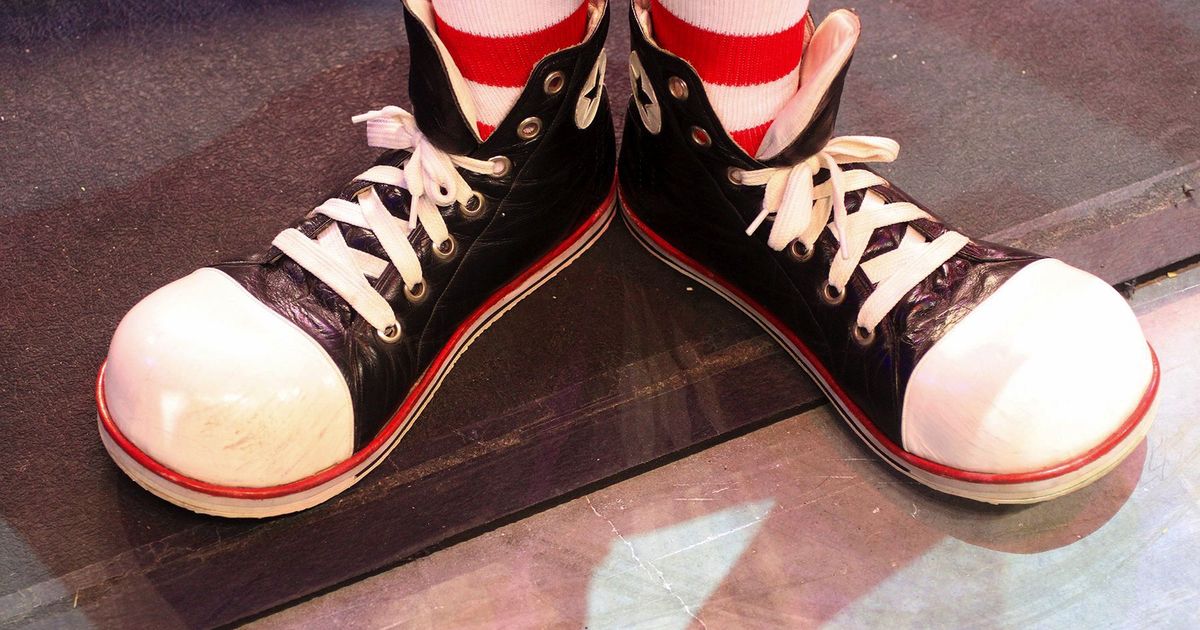 Jacksonville Jaguars fans plan to attend the season finale on Sunday dressed as clowns to protest the team’s incompetence.

Hey, it was either that or humiliating yourself wearing their Jags shirts.

Counterpoint: So we can have even more captivating games like Alabama 27, Cincinnati 6 and Georgia 34, Michigan 11.

One fan filed a $ 6 billion deceptive practice lawsuit against the Jets and Giants, claiming that they:

a) are called New York but play in New Jersey

b) pretend to play professional football

In search of answers

As to what they will replace him with, many potential recruits would walk around muttering, “Nobodyâ€¦ Womanâ€¦ Maleâ€¦ Cameraâ€¦ TV.” “

â€¢ The late Mickey Mantle, at a roast for the late Billy Martin, on his former Yankee teammate’s propensity to fight in bars: “He’s the only man I know in the world who can hear someone him make a middle finger.

â€¢ Pete Rose, after being arrested 31 years ago in Illinois federal prison after serving a five-month sentence for tax evasion: â€œIs there a cage to knock around here?

â€¢ Arkansas coach Lou Holtz, when his team were bombarded with oranges after winning a trip to the 1978 Orange Bowl: â€œI’m glad we weren’t going to the Gator Bowl.

He had hoped to get away with 5 yards for illegal touching.

Bill Walton’s â€œconference of championsâ€ fell from 0 to 5 in the last wave of bowl games, after a 0-2 effort the previous year.

COVID-19 is suddenly the favorite to win this year’s Norris Trophy.

â€¢ Comedy writer Alex Kaseberg, via Twitter. after the NFL suffered a DUI, players hitting teammates and opponents, and a player stripping and giving up mid-game in week 17: “A week without John Madden, and the whole league has gone in hell. “

â€¢ AP’s Greg Beacham, via Twitter, after Utah’s Micah Bernard caught a TD pass and led his team in tackles against Ohio State: â€œI think he’s the first player to do that at the Rose Bowl from Shohei Ohtani.

Utah Jazz Center Rudy Gobert has tested positive for COVID-19 for the second time in 10 months.

At least this time he didn’t knock all the microphones at the press conferences.

â€¢ Mike Bianchi of the Orlando (Fla.) Sentinel, after a sports reporter said he would not vote for Aaron Rodgers as MVP because he “is the biggest jerk in the league”: “If we started eliminating rewards professional athletes for being fools, every sport’s Hall of Fame would be the size of a broom closet.

â€¢ Everett’s Tim Hunter of KRKO Radio, on Antonio Brown taking off his jersey and shoulder pads and giving up in the middle of a game: â€œI guess the good news for the Tampa Bay Buccaneers is that they haven’t. to replace Antonio Brown’s uniform, he should therefore recover his deposit.

â€¢ Janice Hough from LeftCoastSportsBabe.com, on the Washington soccer team revealing its new name and new uniforms on February 2: “Unfortunately for WFT fans, their owner’s name will be the same, and the new uniforms will have the same old players.”

Well, they were the favorites of the 7-5 morning line.

â€¢ Comedy writer Brad Dickson, after tennis star Novak Djokovic was banned from Australian Open for not being vaccinated: â€œThe news is not that bad for Novak. He has just signed to be the new replacement quarterback for the Green Bay Packers. “

â€¢ RJ Currie from SportsDeke.com, after Djokovic’s disqualification: “As far as we know, he hasn’t had a single COVID vaccination, let alone two – the ultimate double fault.”

â€¢ Scott Ostler of the San Francisco Chronicle, on MLB’s need for robotic umpires to call balls and strikes: â€œHuman umps used to be fine. The same goes for telephone booths and stagecoaches.

â€¢ Bob Molinaro in the Norfolk Virginian-Pilot, saying the college football transfer portal is out of control: â€œSpeaking of a portal still open, Michigan coach Jim Harbaugh would be interested in returning to the NFL.