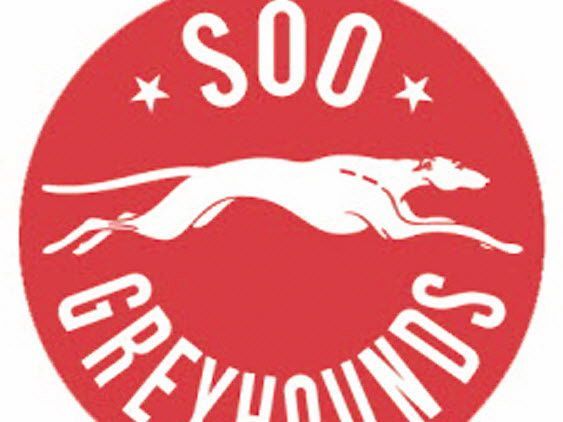 The Greyhounds unveil their new jersey | Sault this week

The Soo Greyhounds Hockey Club has unveiled an alternate third jersey as part of its 50th anniversary season.
The new item borrows from the Hounds’ most popular jersey designs over the years, a press release read.
White shoulders with red stars were first worn by the inaugural Soo Greyhounds team in 1972-73 and were featured on many jersey releases over the years, including those of the 1984-85 team which recorded a remarkable record of 33 and 0 at home.
The jersey also introduces new stripes down the middle of the body while retaining the iconic red dog featured on our third jerseys worn from 2013-2020.
The new jersey has a vintage feel while reflecting simplicity and clean lines in its classic design, the statement said.
“We wanted a new third jersey design for our 50th anniversary that was fresh and exciting while being unmistakably recognizable as being consistent with the history and traditions of the Soo Greyhounds. We think this new design really hits the mark and will be popular with players and fans,” said Greyhounds President and Governor Tim Lukenda.
The Hounds were due to wear the new 3rd jersey for the first time on Wednesday, February 23, when they were to host Northern rivals Sudbury Wolves at 7:07 p.m. soogreyhounds.com
Tickets for the remainder of the 2021-22 regular season are available for purchase at the SK Group Box Office located inside the GFL Memorial Gardens during normal business hours 10 a.m. to 5 p.m. Monday through Friday , 10 a.m. to 2 p.m. Saturday, 10 a.m. to game time on game days or online anytime at www.gflgardens.ca.