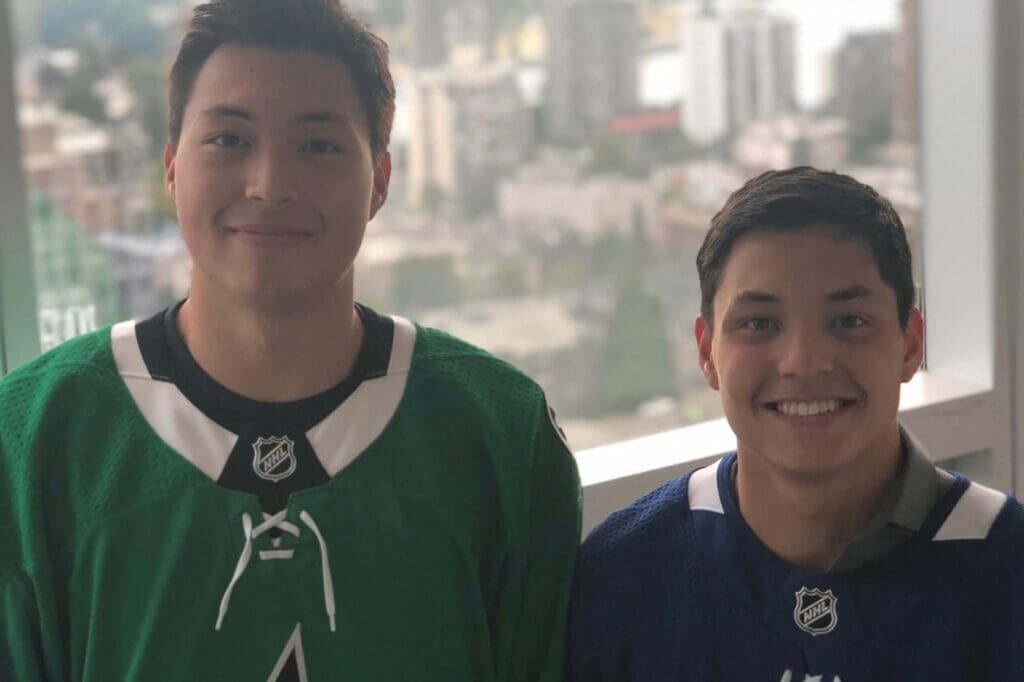 If all goes according to plan, Mercedes Robertson will leave a trail of confused fans in her wake as she heads for her seat at Scotiabank Arena. It’s happened before, in different rinks, in another era, but it was for the same reason: mom must be neutral.

With two boys in hockey, Robertson adopted a compromise for whenever the schedule gods dared meet on the ice. She would wear the home team jersey, but with a visiting team baseball cap, thus safely representing both sides of the sibling rivalry.

It worked for his kids, but not always for passers-by in a crowd, who asked, “Oh, can’t you decide which team?”

“I don’t stop to explain,” Robertson said. “I’m just laughing that, yeah, there’s a reason for this madness.”

She had a rush order on an embroidered Dallas Stars cap last week – complete with her son Jason’s number – ahead of a planned trip to Toronto. The Stars visit the Maple Leafs on Tuesday, and that’s where his youngest son, Nick, made his way to the roster.

It would be the first time the brothers appeared together in an NHL game. And after two years of pandemic-related border restrictions, it would also be the first time that Mercedes and her husband, Hugh, have taken to the arena to see Nick play in a Leafs jersey.

Jason has been on the rise, scoring 30 in 49 games for Dallas, including back-to-back games with a hat-trick earlier this month. Nick broke his right leg in October and lives on the periphery of the Leafs roster, scratched from the Heritage Classic on Sunday, with status uncertain for Tuesday.